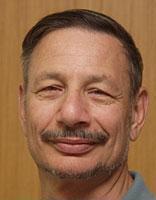 Ned is  Professor of International Political Theory in the Department of War Studies, King’s College London (part-time) and James O. Freedman Presidential Professor Emeritus at Dartmouth College. He is also a Bye-Fellow of Pembroke College, University of Cambridge. He has  taught strategy and the National and Naval War Colleges and served as a scholar-in-residence in the Central Intelligence Agency during the Carter administration.

Ned has  held visiting appointments at the University of Lund, Sciences Po, University of Cambridge, Austrian Diplomatic Academy, Vienna, London School of Economics and Political Science, Australian National University, University of California at Irvine, University of Milano, University of Munich and the Frankfurt Peace Research Institute. He has  authored and edited 34 books and nearly 250 peer reviewed articles. He is  a Fellow of the British Academy.

To receive more information and news about Ned’s work or to send him a message, please use the Comment Form below. Thank you!